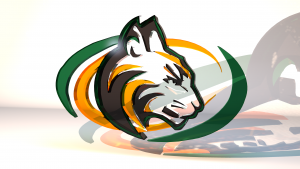 The original logo with just the Bobcat Logo.

The glass bobcat logo is often used as a desktop background or occasionally as a background on the math iPads.

It was created by Joey Babcock[1] for use as the desktop background on the main computer used to run presentations during pep rallies.

This logo is often used in conjunction with other glass logos for events such as the breast cancer awareness pep rally.

In addition, several variations of positioning and lighting have been created as well as versions with green cubes. 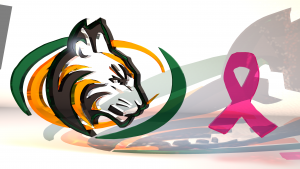 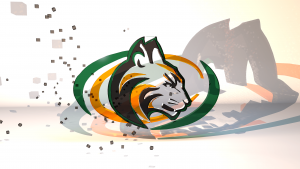 Sometimes other versions have cubes or other visual items.

There also exists a square version for Instagram, though that version is no longer used now that Instagram supports other aspect ratios and the square version primarily exists for profile pictures. 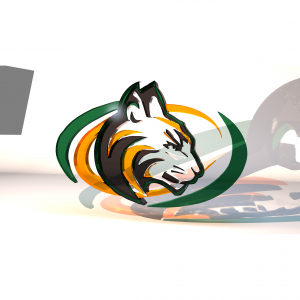 The square version is primarily used for profile images.
Retrieved from "http://history.sagecreekhs.com/index.php?title=Glass_Bobcat_Rendering&oldid=2731"
Categories: